Is Your Soil Too Acidic?

Are you disappointed in the look and productivity of your pastures and fields? Buttercups? Horsetails? Bog Rush? Moss? Scraggly patches of grass with weak root systems? These are obvious signs that your soil is too acidic and the soil pH needs to be brought back into a healthy balance.

Reduces Levels of Manganese and Iron

Restoring soil to a more neutral pH level can help improve the efficiency of fertilizers and herbicides, which further improves your bottom line.

Limestone (calcium carbonate) is a naturally occurring nutrient vital for healthy soil in rainy zones of western Washington. Whether you own a large farm or a small lawn, lime can play a big part in higher crop yields and lush, green grass. 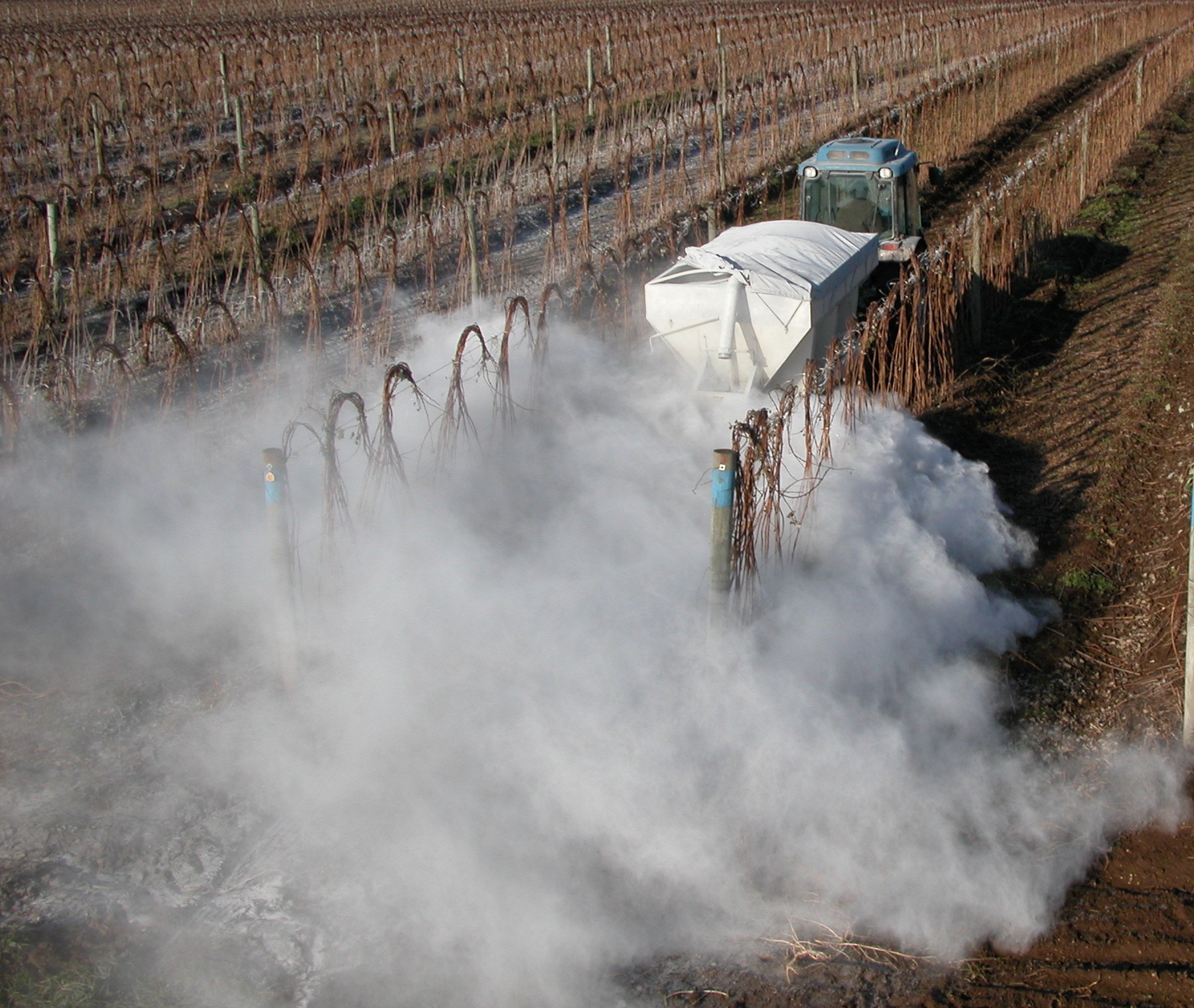 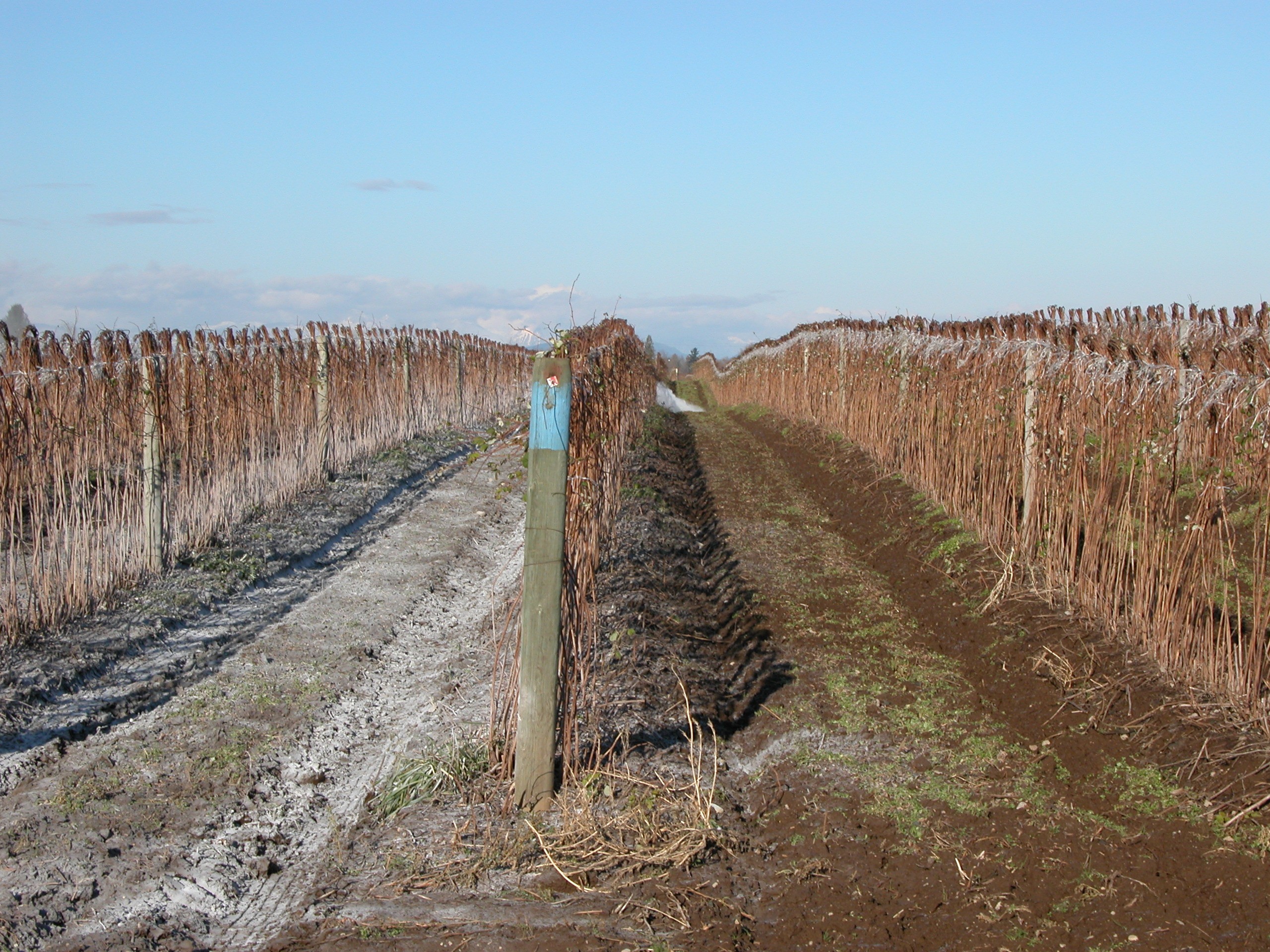 Common liming agents can be divided into two major types–calcitic and colomitic. Although there are many other materials available, we will be focusing on the value of calcitic limestone flour, commonly called Aglime. Dolomite is the name of limestone containing Magnesium Carbonate in combination with Calcium Carbonate. By definition it must contain a minimum of 30% MgCO3. The primary reason for using a dolomitic liming material is to provide Magnesium for plant uptake. Dolomitic limes are also much slower to breakdown thereby providing a slow pH rise for crops that may be adversely affected by a quick change in pH (such as Blueberries).

Calcitic limestone flour is rated by the percentage of CaCO3 contained in the naturally occurring limestone rock that is ground into a fine powder, or flour. Most of the limestone used in Western Washington is quarried on Texada Island in Brittish Colombia, Canada. We are fortunate to have large reserves of high quality limestone (97% CaCO3) in close proximity to our growing region. In order for limestone to be useful for agricultural purposes, it must have large surface areas exposed, hence the advantage of finely ground limestone flour.

When is Lime Needed?

The Cation Exchange Capacity (CEC) is a measure of the quantity of cations that can be absorbed or held by a soil. Clay particles and soil organic matter have a negative charge. This means that cations or positively charged ions can be attracted to and held on the surface of these soil materials. A mineral soil with a high CEC tends to be more fertile than that with a lower CEC. The nutrients are less likely to be leached and the soil has a greater ability to store and supply nutrients to the plants. The cations of greatest significance are calcium, magnesium, potassium, ammonium, sodium, and hydrogen. The first four are important plant nutrients, the last two have a pronounced effect on soil chemistry and physical characteristics. Acid soils have a high percentage of absorbed hydrogen ions while soils with a favorable pH have a high percentage of absorbed calcium ions. Soils that are high in sodium ions are dispersed and resist the infiltration of water while those with a high percentage of calcium ions are well aggregated and have high infiltration rates. Calcium ions will displace sodium ions on the surface of the soil particles.

A pH test is used to determine if lime is needed, however a lime requirement is needed to determine how much lime to apply. A complete soil test is recommended to include pH, buffered pH, lime requirement and nutrient levels in the soil. A buffered pH test uses a solution of soluble calcium in the water used to prepare the soil sample for the pH test, generally a one to one mixture of soil and distilled water. The change in pH from the sample with distilled water only versus the sample prepared with the buffered solution will indicate the change that can be expected with the addition of lime to the soil. A large change upward with the buffered solution will indicate a small amount of lime is needed to raise the pH, while a slight change or downward change will indicate a larger amount of lime will be needed. In addition, the small amount of calcium present in the soil should be noted.

Loading a small gypsum spreader for use in a blueberry field. 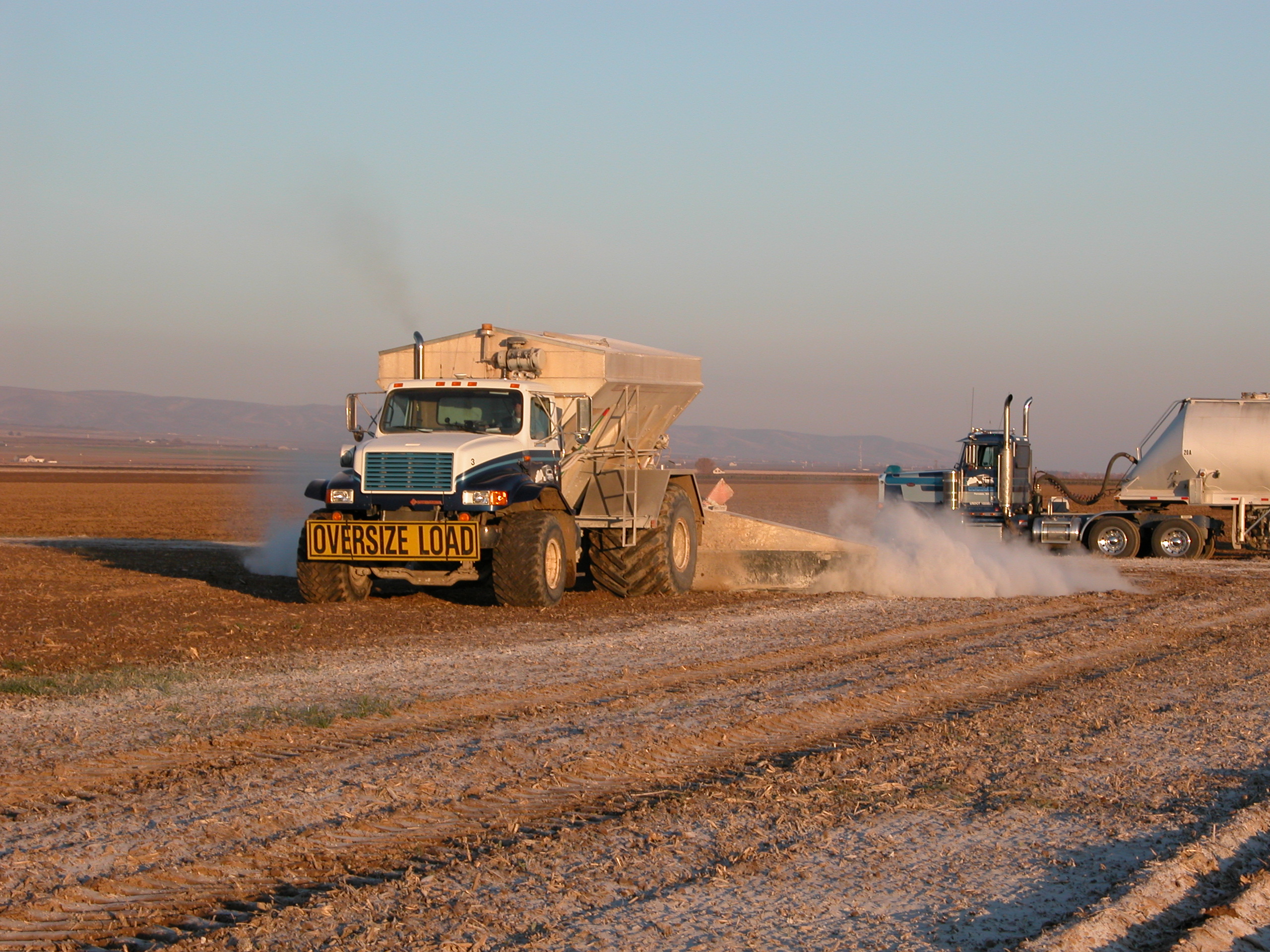 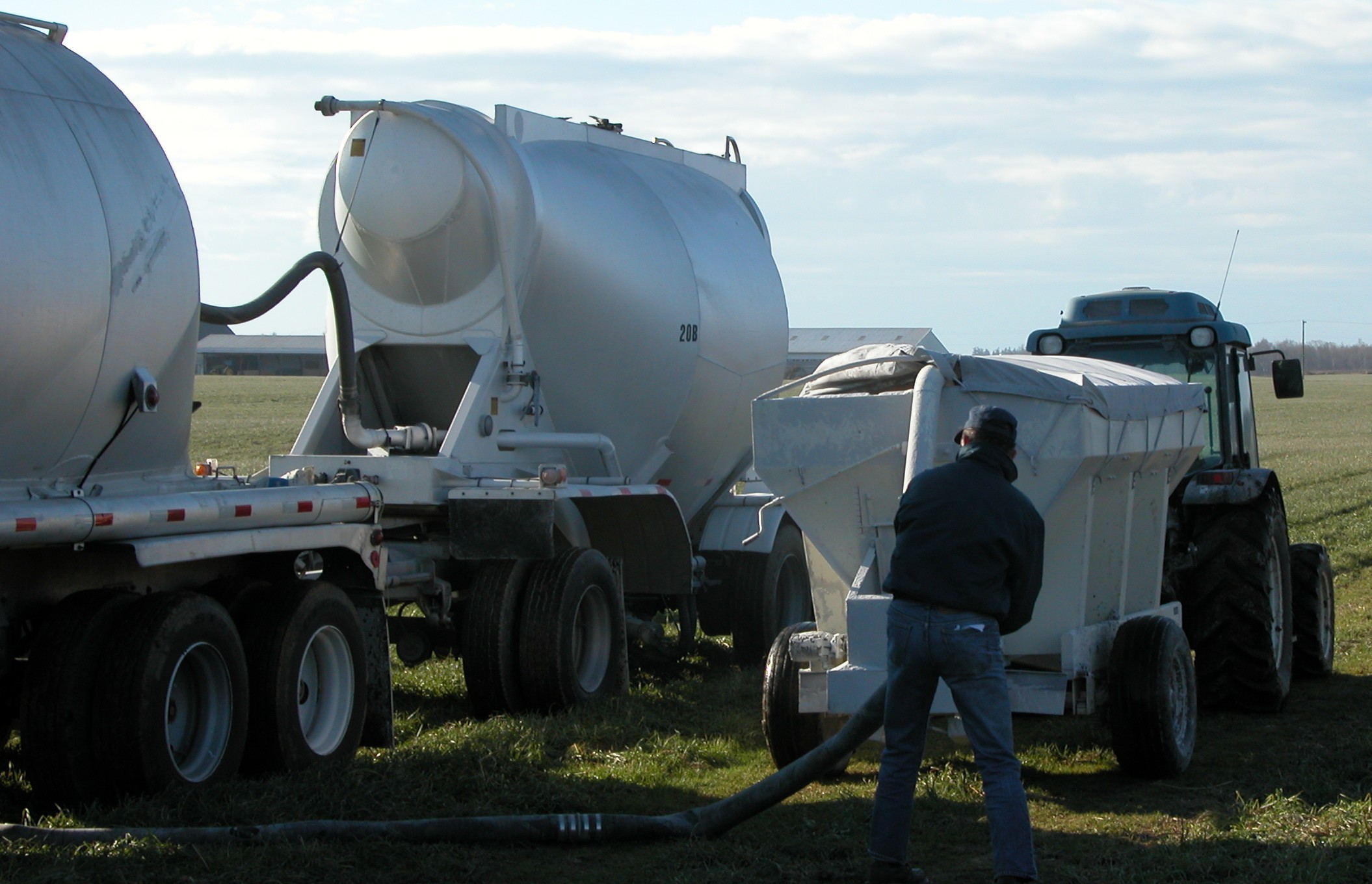 What does Lime Accomplish?

Gypsum, or calcium sulfate (CaSO4), is a naturally occurring mineral and very useful soil amendment. Gypsum can be a helpful tool to improve soil tilth, reduce soil compaction and improve aeration. It provides calcium and sulfur, both essential nutrients, but does not affect soil pH. It is a neutral salt (pH is -6.7) and has a salt index of 8. It typically has 20-22% calcium and 16-18% sulfur. The sulfur is in a plant available, or sulfate (SO4) form. In addition to providing needed nutrients, the calcium in gypsum is soluble, even at pH that is >7. 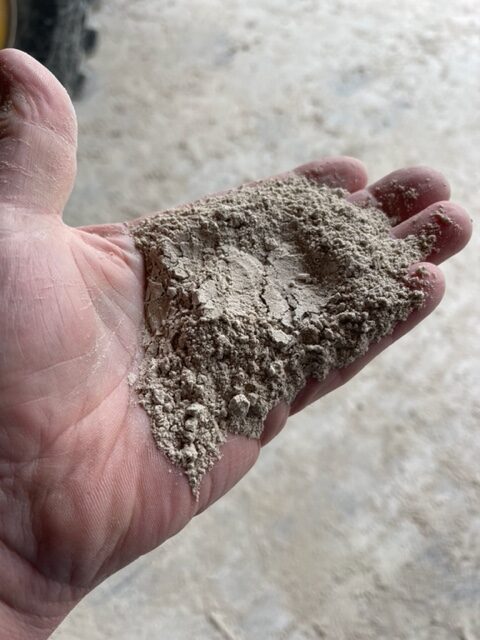 “It is said that the 100 most learned scientists in the world would include liming of the soil in the top 10 priority list of things man must do to continue life on Earth.” –Nuratek Enterprises Inc., Canada

Lime is a Component of Effective
Soil Management Programs 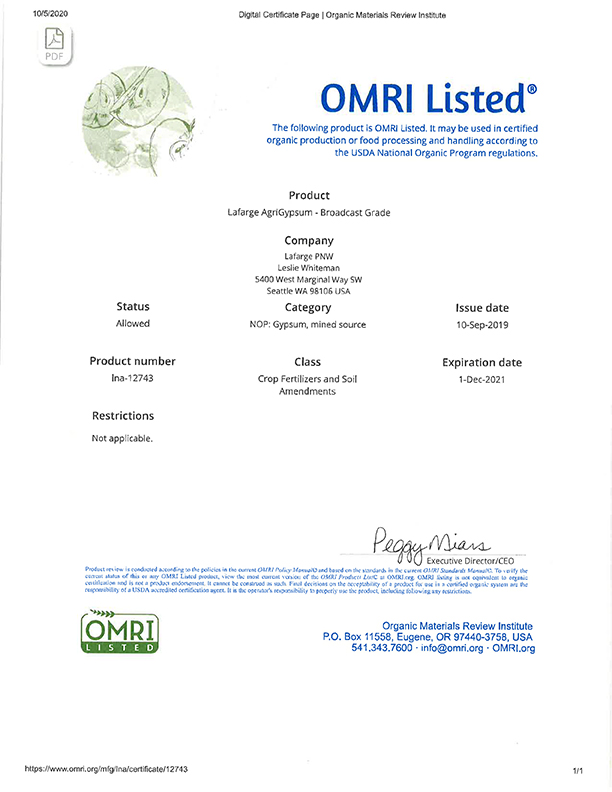 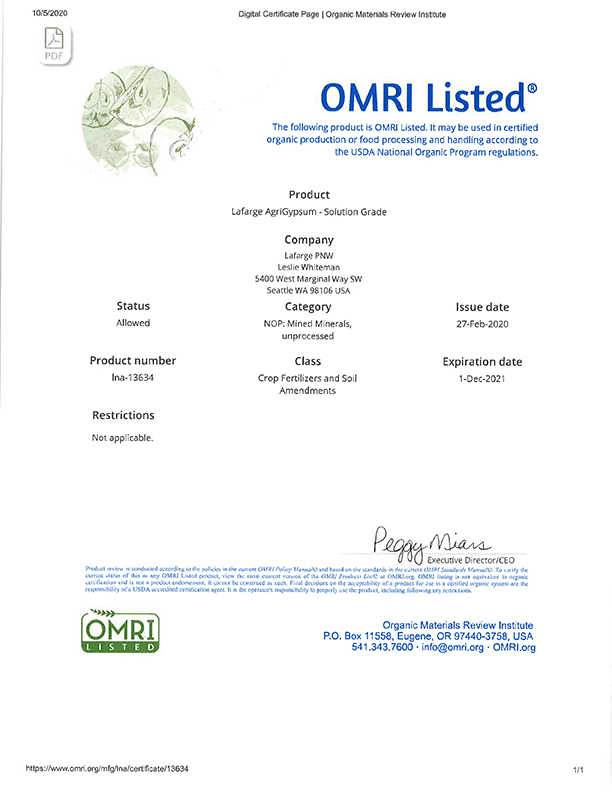 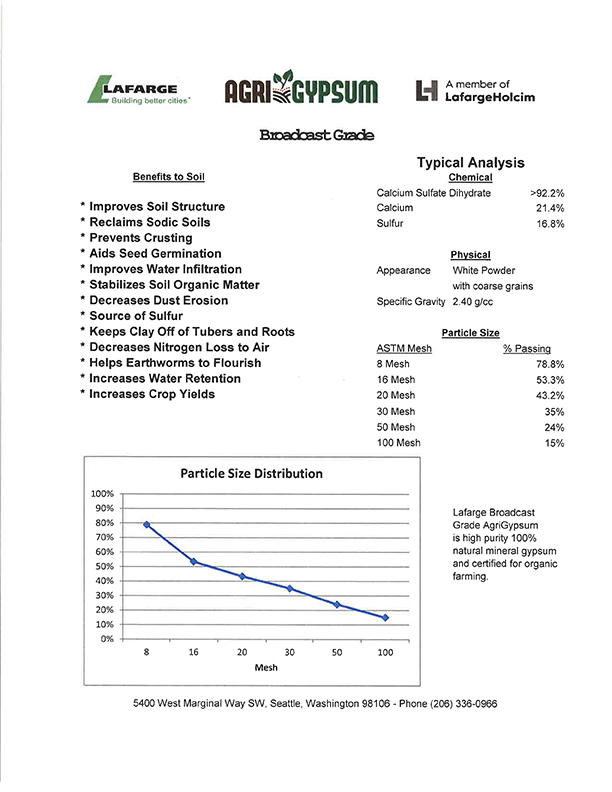 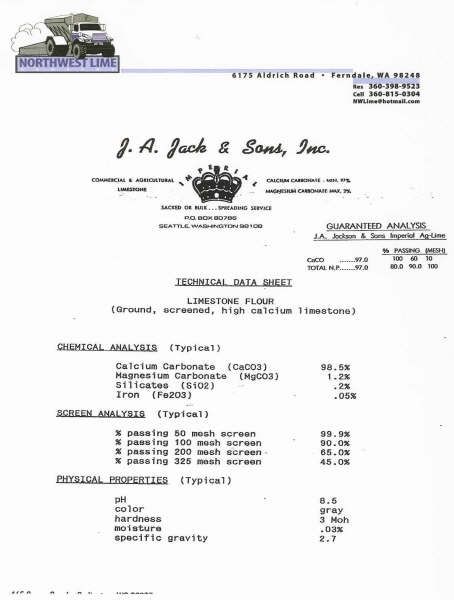 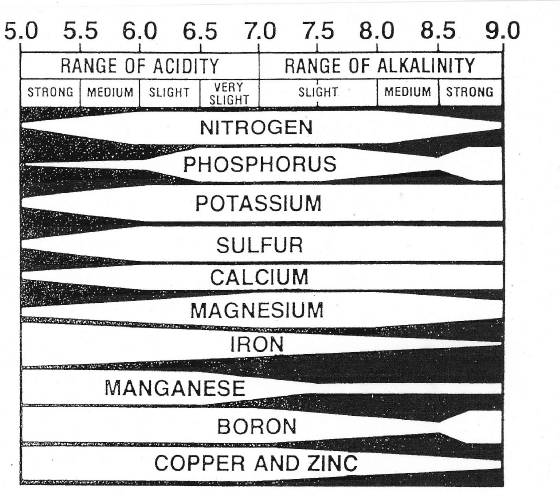 Based in Skagit county, Northwest Lime Company, formerly Northern Lime Company, has been helping Western Washington growers since 1983. Many varieties of lime are available for standard and organic uses: JA Jack, AMI Dolomite, Greenacres Dolomite and more. Call us for a free estimate based on a site visit.